(← all destinations)Beautiful Beaches by the Blue Ocean - Sublime Bliss and Total Enchantment ... (↑ top of page) 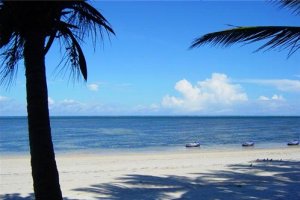 Hotels and Resorts on the Beautiful Blue
Excursions 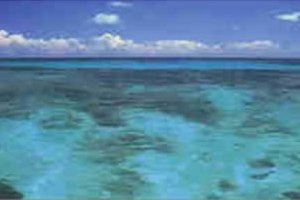 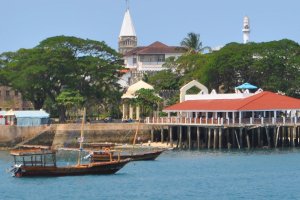 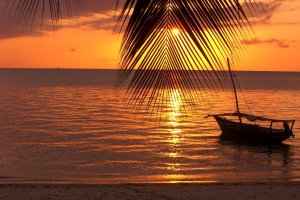 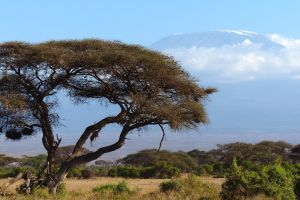 Safaris from Mombasa to nearby National Parks

Coast Getaways - Hotels and Resorts on the Beautiful Blue

Serena Resort and Spa at Shanzu Beach
With the shimmering sands and waters of the Indian Ocean stretching before it, admist verdant, bougainvillea-filled gardens, and shaded by gently swaying palm trees, the Serena Beach Resort & Spa at Shanzu Beach represents the ultimate escape. Inspired by the legendary 13th Century Swahili town of Lamu


Sarova Whitesands Beach Resort and Spa
The hotel is in 22 acres of lush and tropical grounds with a beautiful beach; outdoor and beach activities add interest to relaxation. The Whitesands offers great surroundings and high standards of service. There is a variety of dining options, including three bars and four different restaurants to tempt your palate and quench your thirst. An enthralling, calm and relaxing experience in this beautiful haven.


Voyager Beach Resort
The Voyager overlooks a beautiful stretch of sandy beach. A fantastic base for a family holiday with endless amenities to choose from. Each of three restaurants offers a different kind of cuisine. Enjoy a drink in the Lookout Bar, with fabulous views of the private bay. With a choice of three swimming pools, indoor games area and water sports galore there is plenty to keep everyone entertained. There's also a kids' club for younger members and an 18-hole golf course nearby at the Nyali Golf & Country Club.


Baobab Beach Resort and Spa Set beside crystal golden-white sands, the blue ocean and green tropical gardens Baobab boasts three swimming pools, a tropical spa and more than 700 metres of beach front from where to soak up the sun and view the sublime sunsets. Rest and relaxation is the order of the day with a choice of regional and international dishes. Enjoy different activities including an open-air amphitheatre for entertainments that can last long into the night plus water sports and fitness facilities including all over body massage.

Half Day Mombasa City Tour Pick up from your hotel and visit The Old Town and Port, Fort Jesus, The Famous Elephant Tusks on Moi Avenue and The Akamba wood carvers center followed by drop off at your hotel.

Half Day Ngomomgo Cultural Tour Pick up from your hotel and visit the Ngomongo village which represents the diverse tribe and culture Kenya has to offer. You will have a chance to sample meals at the restaurant before being dropped at your hotel.

Mombasa by Night Pick up from your hotel in the evening and depart for an exciting dhow sundowner cruise offering an outstanding view of the Old port and on docking, the guide will lead you on a walk through the Old town to the old fortress of Fort Jesus not forgetting sound and light shows followed by a sumptuous dinner. Drop off at your hotel.

The Tamarind Dhow Pick up from the hotel for an evening leisure cruise aboard a traditional dhow and enjoy a sumptuous seafood meal with entertainment and a gentle sail past the scenic creek of Mombasa Island.

Full Day City Tour and Mamba Village Pick up from your hotel in the morning and visit The Old Town and Port, Fort Jesus, The Famous Elephant Tusks on Moi Avenue and The Akamba wood carvers center followed by lunch and later proceed to Mamba village, Africa's Largest Crocodile Farm. Your visit will coincide with the feeding time at 5.00 p.m. then drop off at your hotel.

Full Day Wasini Island & Kisite Dhow Safari Pick up early morning from your hotel and spend the day at the marine park for snorkeling & dolphin and for scuba enthusiasts they will have an option to scuba dive. Lunch will be served and afternoon visit wasini village and later visit shimoni slave caves before returning to your hotel in time for dinner.

Full Day Malindi, Marine Park & Gedi Ruins Pick up from hotel and depart for Kilifi and continue to Gedi ruins before proceeding to Malindi for lunch and afternoon visit the marine park. You will be dropped off at your beach hotel before dinner.

Full Day - Tsavo East Pick up from your hotel early morning and drive to Tsavo National Park- Kenya's largest game sanctuary, famed for it's huge herds of elephants. It is also home to Lions, Rhinos, Giraffe, Zebra as well as a variety of other game. You will arrive in time for lunch at Voi Safari Lodge followed by a game drive then depart for Mombasa where you will be dropped off at your hotel.

Zanzibar: The Spice Island 2 Nights at stone town with additional nights at the coast

Stone Town: Zanzibar the name includes the main island, Unguja and its sister island Pemba. It has for centuries attracted seafarers and adventurers from around the world. Now it welcomes new generation of explorers those who have come to marvel at the rich heritage reflected in the architecture and the culture of the people. Visit Zanzibar's historic stone town, where the sultans once ruled. Relax on one of 25 dazzling white, palm fringe beaches where the azure waters of the Indian Ocean beckons swimmers, divers, fisherman and water sports enthusiasts alike. Breath in the fragrant scents of cloves, vanilla, cardamom and nutmeg and discover why Zanzibar is called "The spice Island". Explore the forests, with their rare flora and fauna. Or visit some of the ancient archaeological sites. Zanzibar beaches reflects the lifestyle and pace of East Africa. They tend to be warm, serene, and largely unpopulated. What's more, they are often fringed by giant palms and border on blue water.

West Coast: North of Zanzibar Town is where you find industrial areas and fuel depots, as well as armed guards posted to look after buildings and property. Fuji and Bububu beaches are good, and conveniently close to town. Mind the sea urchins though.

The North Coast Further afield, the beaches of Nungwi have increased in popularity over the last few years. Nungwi is one of the first spots to be visited by travellers explorin g the regions beyond Stone Town. It's strength lies in clean sands, shady coral outcrops, a gentle breeze to take the edge of the mid day heat, an azure blue ocean and the fact that it's always deep enough to swim as the tide only recedes a few metres. There are several restauran ts to choose from, as well as accommodation of varying standards and prices. Also towards north, the beaches around the eastern village of Kiwengwa are distinctly Italian in flavour.

East Coast Nights Less populated by the tourist, the southern East coast has become more of a hideaway than it used to be. Accommodation and food are more basic, the water is relatively shallow, but the beaches go on for miles. If you time your stay to a night when the tide is low and the moon is up, prepare yourself for that Zanzibar spell. With the rumbling waves bashing against the coral reef in the distance, the moon and the star s adorning the sky, and the palm leaves swishing softly in the permanent breeze, the scene is 'a distinctly magical affair'.

South Coast Kizimkazi is where beaches are even less populated and offers highly appropriate sundowner spots.

OTHER ISLANDS Prison Island also known as " Changuu" offers a smallish lip of the beach, just fifty meters or so from a good, shallow reef. It's just a right size for a handful of island visitors, perfect for sun bathing, swimming, snorkelling or a nice rest after an exhausting historical tour of the prison ruins and tortoise watching found on the island.

Shimba Forest Lodge
You will be picked from your hotel and drive up to Shimba Hills Reserve and enjoy a first game drive in this home of the rare sable antelope, elephant, Columbus monkeys and buffalo. Dinner is served on a terrace overlooking the floodlit water hole regularly visited by elephants. Overnight at the lodge. An early morning game drive with optional excursion to the Sheldrick's fall then return to the lodge for breakfast and later depart for your beach hotel.

Two Nights Tsavo East National Park
Day 1: Pick up from your hotel, drive to Tsavo East National Park. Game en route. Arriving in time for lunch at Voi Safari lodge or similar followed by late afternoon game drive. Return to the lodge for dinner and overnight.
Day 2: Early Morning Game drive followed by breakfast. After breakfast proceed to Salt Lick Game Sanctuary. Lunch at Salt Lick Lodge. Proceed for late afternoon game drive in the Salt lick Game sanctuary return back to Salt lick Lodge for dinner and overnight
Day 3: After breakfast, spend some time at the sanctuary followed by lunch then depart for Mombasa where you will be dropped off at your hotel.